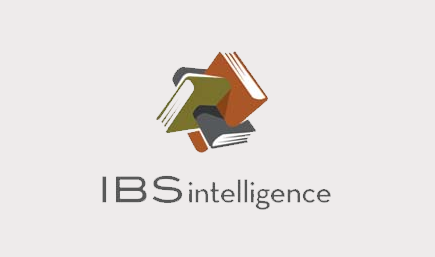 By axe_finance No comments yet

The solution, Axe Credit Portal (ACP), is touted to banks as well as non-banking entities, such as microfinance organisations, leasing and lending specialists, says Karim Rekik, new head of business development at axefinance (he joined the vendor in February this year following a long spell at Murex).

Tunisia-based credit process automation specialist, Axe Finance, has brought up its customer list to 15 financial institutions and banks since introducing its Axe Credit Portal (ACP) solution to the market in 2008/9. Amongst new additions is a bank in Abu Dhabi.

axefinance, a Tunisia-based lending software solutions vendor, has been selected by First Gulf Bank in the UAE for automating its credit process for corporate customers. The signing is expected to take place shortly.

The solution, Axe Credit Portal (ACP), is touted to banks as well as non-banking entities, such as microfinance organisations, leasing and lending specialists, says Karim Rekik, new head of business development at Axe Finance (he joined the vendor in February this year following a long spell at Murex).

The lending industry as a whole is striving to cut costs, reduce risk and improve efficiency, says Rekik, and he believes that ‘eventually all banks will automate the credit process area with dedicated solutions’. What sets ACP apart from the rest, he states, is the new technology (the system was developed in 2008) and modern, user-friendly interface and processes.

There is a strict policy of adhering to a single version of the system for all customers. The system is back-end agnostic, supports conventional and Islamic finance and the implementation typically takes four to eight months, says Rekik. Modules include credit application, limit management, collateral and risk management, collections, provisions, portfolio monitoring and credit workflow/document management. It is the only system in the market today that can ‘adequately address’ both operational and analytical requirements of lending institutions, he claims.

axefinance emerged in the mid-2000s, set up by two specialists in the risk management space with many years of experience (including at Fermat and Algorithmics), says Rekik. It was initially a consultancy firm in the lending automation space, but the founders saw a niche in the market, which led to the creation of ACP. The development started in 2008. The first customer came in 2009, in the shape of state-owned Société Tunisienne de Banque (STB) in Tunisia, which went through a full selection process to find a solution to automate its credit application process, says Rekik. Axe Finance’s system covers both retail and corporate operations across the entire bank (HQ and 135 branches).

There are 15 users of ACP to date overall, says Rekik. These are concentrated in Africa (Tunisia, Morocco and Nigeria) and the Middle East. In Nigeria, for instance, ACP is used in full by Access Bank for its corporate and retail operations, Sterling Bank runs it for retail, and First City Monument Bank (FCMB) for its corporate business line. In the non-banking space, Aquila, a leasing and logistics group, is a user.

The Middle East is a buoyant region, says Rekik, particularly on the corporate finance side, where the existing applications are by and large in-house developed or pieced together from various sources. Customers here include UAE-based Ajman Bank, National Bank of Oman and Bank AlJazira (a fully-fledged Islamic bank in Saudi Arabia). The recent addition is Commercial Bank of Qatar, which is also automating its corporate business with ACP. The UAT stage is expected to start at the end of April, and the system should be in production in June, according to Rekik.

Elsewhere, Axe Finance is eyeing the markets of Europe and Asia, with two leads in Indonesia. The vendor is also looking for partnerships as part of its expansion strategy. ‘We feel our core strength and revenue is in software,’ says Rekik, whilst the delivery can be outsourced to partners. At present, the 60-people company carries out the implementations under its own steam.

I do not fear computers. I fear lack of them – Isaac Asimov

Art without Engineering is dreaming, Engineering without art is calculating.
Steven Roberts

An organization, no matter how well designed, is only as good as the people who live and work in it.

The best preparation for tomorrow is doing your best today.

There are no old roads to new directions.

I skate to where the puck is going to be, not where it has been.
Wayne Gretzky

In the past a leader was a boss. Today’s leaders must be partners with their people… they no longer can lead solely based on positional power.
Ken Blanchard

Success is having a comprehensive plan, relentless implementation & talented people working together.

Wise people understand the need to consult experts; only fools are confident they know everything.
Ken Poirot

Authenticity, honesty and dedication underlie much of what’s successful

Never put off till tomorrow what you can do today.

The secret of success is to do the common thing uncommonly well.

This website uses cookies so that we can provide you with the best user experience possible. Cookie information is stored in your browser and performs functions such as recognising you when you return to our website and helping our team to understand which sections of the website you find most interesting and useful.

Strictly Necessary Cookie should be enabled at all times so that we can save your preferences for cookie settings.

If you disable this cookie, we will not be able to save your preferences. This means that every time you visit this website you will need to enable or disable cookies again.